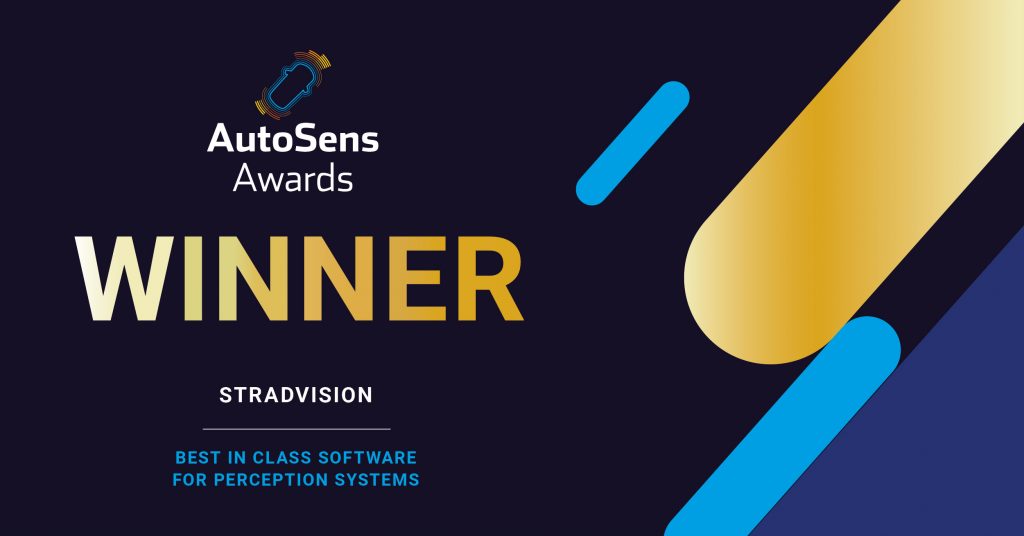 StradVision’s SVNet camera perception software, which is based on deep learning technology, was selected as the top prize winner of the industry

SEOUL, SOUTH KOREA, November 29, 2021 ― StradVision, a pioneer in AI-based vision processing technology for Autonomous Vehicles and ADAS systems, announced that its SVNet software was selected as the ‘Best-in-Class Software for Perception Systems’ at the 2021 AutoSens Awards.

Starting in 2015, the AutoSens Awards have been selecting the most innovative companies and products leading the global autonomous driving industry. This year, StradVision won the Gold Award in ‘Best in Class Software for Perception Systems’ for its self-developed deep learning-based camera perception software SVNet, at the virtual awards ceremony held on November 24th.

“I am very excited to win one of the most prestigious awards in the autonomous driving industry,” said Junhwan Kim, CEO of StradVision. “StradVision is striving to provide camera perception solutions that achieve the best performance and the highest efficiency. We’ll keep moving forward to spur technology development and business expansion, so the benefits of ADAS and autonomous driving solutions will be accessible to all drivers and pedestrians.”

In addition, SVNet provides over 30 features for recognition of road environment — including other vehicles, pedestrians, traffic lights and signs, and animal detection. It offers high compatibility for 14 different SoC platforms and enables surround vision systems by integration with multiple sensors such as LiDAR and RADAR.

Established in 2014, StradVision has been leading the development of autonomous driving technology through its AI-based vision perception software. Its SVNet software is currently being deployed in over 50 vehicle models from 13 OEMs worldwide.