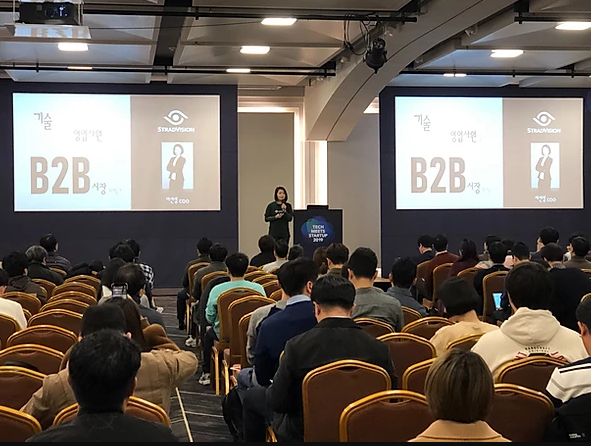 COO Sunny Lee of Korean self-driving technology startup StradVision will be speaking at the Tech Meets Startup event in Seoul, South Korea, on November 14th to share the success story of StradVision.

The Tech Meets Startup event, hosted by Naver Corporation’s D2 Startup Factory, brings together technology startups so their leaders can share their experiences and learn to grow together. This is the second year Naver has hosted this conference.

StradVision was invited to speak at the conference because it is making remarkable achievements, both domestically and abroad, in the ADAS and autonomous driving space.

One of the biggest challenges that technology startups face is the opening of B2B business opportunities, and Lee was invited to share her expertise on this subject.

At the conference, Lee will discuss how StradVision has been able to succeed in the B2B market both domestically and abroad.

“The keys to success in the B2B market include securing the technology to attract customers, trusting customers, active networking, meticulous understanding, and direct customer sales,” Lee said. “I appreciate the opportunity to share my thoughts with the startups in attendance at this event.”

With more than 200 patents worldwide, StradVision is currently involved in the development of Level 4 buses, sedans and SUVs in Germany and China, and has already introduced ADAS vehicles in China equipped with Stradvision’s SVNet software.

StradVision, which currently has more than 100 employees in US, Germany, Korea, and Japan, recently partnered with a leading global Tier 1 supplier and a number of commercial vehicle manufacturers on custom camera technology for autonomous buses. StradVision also earned the coveted Automotive SPICE CL2 certification, as well as China’s Guobiao (GB) certificate.

SVNet’s network is smaller, more powerful and more compatible than other players in the perception software market; and StradVision’s Deep Neural Network is one of the few networks available that meets accuracy and computational requirements for commercial use on lean automotive embedded hardware.