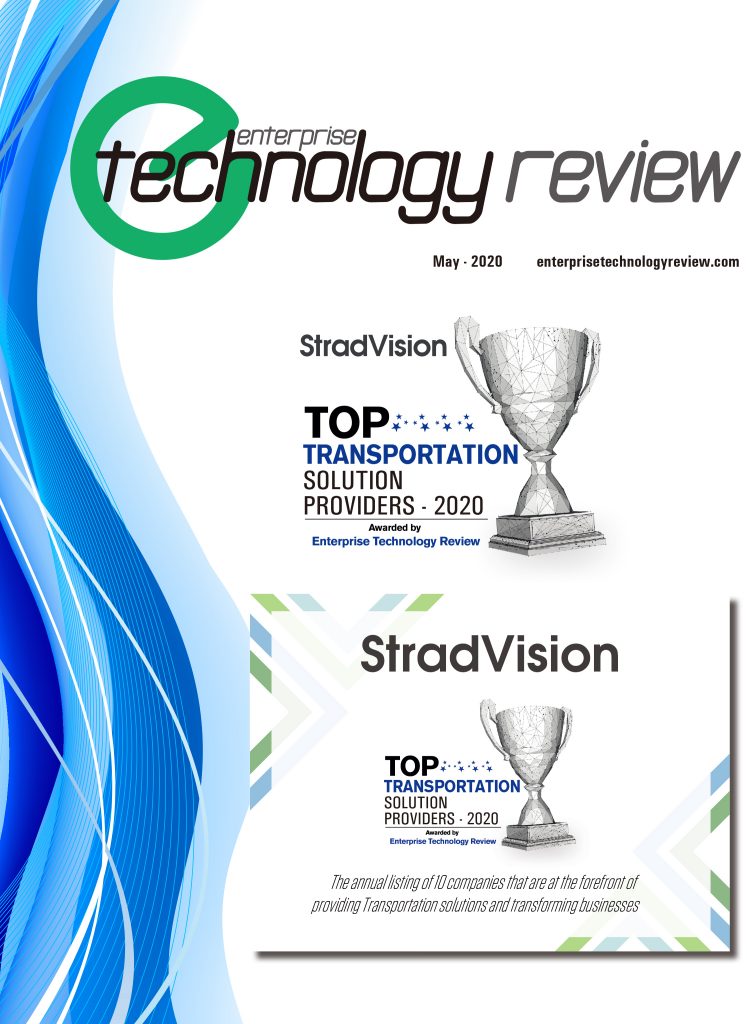 StradVision, a leading provider of AI-based camera perception software for Autonomous Vehicles and Advanced Driver Assistance Systems (ADAS), has been honored as a Top Transportation Solution Provider for 2020 by Enterprise Technology Review.

The awards are an annual listing of the Top 10 companies at the forefront of providing transportation solutions that are transforming business. This award comes on the heels of other recent honors for StradVision, including recognition by Autonomous Vehicle Technology as a 2020 ACES Award winner.

StradVision CEO Junhwan Kim said he appreciates this latest recognition, which is further evidence of how the company is standing out in the perception field.

“While others remain at the developmental stage with their technology, StradVision offers a turnkey solution to our partners which can be implemented into real-life AV and ADAS projects in a short period of time,” Kim said. “Our perception software will play a key role in transforming the way people travel for years to come.”

One key behind StradVision’s success is staying focused on what they do best.

“We are sticking to the fundamentals, so we can continue to be the leader in deep learning-based camera perception,” said Hongmo Je, CTO at StradVision. “Though various companies are diversifying into different verticals to expand their reach as far as possible, from chipsets to simulation, we’re planning to stick with what we do best. When it comes to ADAS, the camera is more than enough to run sophisticated functions — such as object, lane, and free space detection.”

One unique aspect about StradVision is the ability to fit this capability onto a small chipset.

“We compressed it to the point where the network can fit inside and run on virtually any automotive-grade hardware, whether it is a budget chipset or high-end chipset,” Je explained. “That’s why StradVision successfully has brought SVNet to full production mode around the world, from Levels 2-4 autonomy.”

Beyond the production projects already launched, StradVision is working on a variety of cutting-edge R&D projects to enhance its software, such as pedestrian and vehicle behavior prediction, animal detection and much more.