StradVision’s AI-based camera perception software is leading the way toward the future for Advanced Driver Assistance Systems (ADAS) and Autonomous Vehicles (AVs). The Company continues to expand into the European Union with the strategic hiring of a new EU General Manager. StradVision is a member company of the Born2Global Centre.

StradVision is pleased to announce Andreas vom Felde, Ph.D. will join its European team as GM, following the opening of a new regional office in Munich, Germany earlier this year.

Dr. vom Felde has collaborated with StradVision since 2017 and facilitated the entry of high-end Japanese and Asian tech companies into European industries.

Germany was chosen as the European regional hub, so StradVision could stay as close to its partners as possible and tap into Germany’s extensive auto industry, said CEO Junhwan Kim.

“Our presence in Germany will be essential to maintaining robust global growth because German automakers are key leaders in the development and deployment of ADAS and AVs around the globe,” Kim said. “We will continue the success we’ve seen already with our partners in Germany by maintaining a strong local presence on the ground near our partners.”

StradVision enables autonomous driving with its SVNet vision processing software and is the leading camera perception solution in the ADAS and AV sectors.

Dr. vom Felde will oversee StradVision’s latest projects in the EU which include a Level 4 autonomous bus project in towns across Europe, powered by StradVision’s SVNet vision processing software.

The project, for which production began in September 2019 with a European Tier 1 Supplier, will focus on three key areas: object detection, traffic sign recognition, and traffic light recognition.

With Dr. vom Felde on board, StradVision also aims to expand its pipeline of Europe ADAS and autonomous vehicle projects from Level 2 to 4 and taking its fleet of vehicles past the 9 million mark.

“We will expand our footprint in the entire EU, as there are multiple production projects incoming in the near future, and this German presence will make those projects much more successful,” vom Felde said. “Our primary goal is to bring the safest and most accessible ADAS & AV solutions to Europe, and the new German office will help us achieve that goal.”

StradVision’s lean and compact Deep Neural Network, SVNet, enables a wide range of abilities in the autonomous driving sector. There are multiple types and models of SVNet that increase its versatility for ADAS and Autonomous Vehicles.

StradVision’s software is already being deployed in ADAS vehicles in China, where it has earned the Guobiao (GB) certificate. The company also received the coveted Automotive SPICE CL2 certification for the European market. Other projects are ongoing or in development in Japan, South Korea, Germany, India, and the USA involving SUVs, trucks, sedans, and self-driving buses.

Beyond the production projects already launched, StradVision is working on a variety of cutting-edge R&D projections to enhance its software such as pedestrian and vehicle behavior prediction, animal detection, gender recognition, an auto labeling tool, and much more. 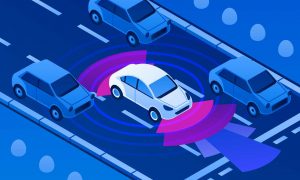 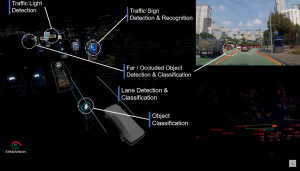 StradVision Participates in the 2021 Edition of VivaTech