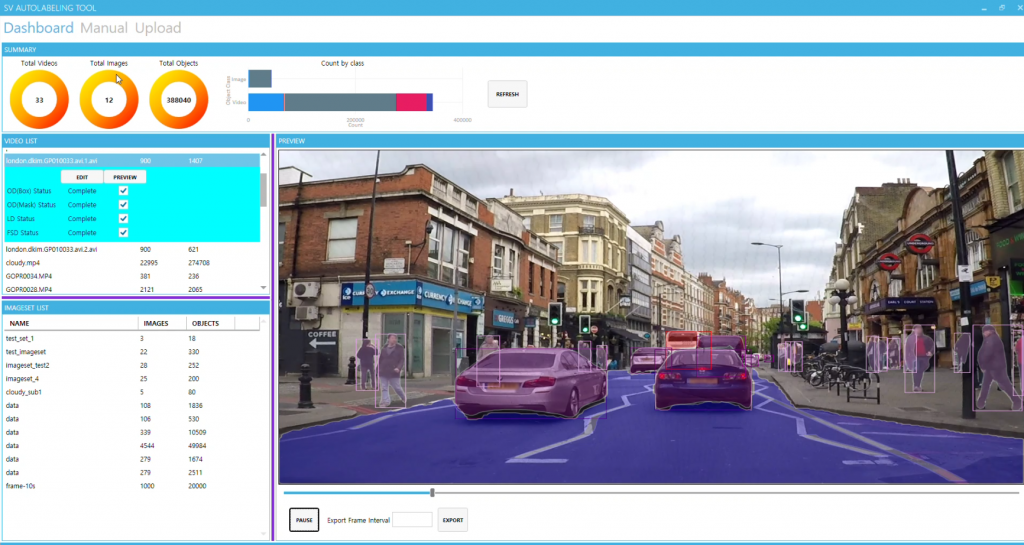 The cloud-based tool, based on StradVision’s SVNet software, automatically detects and labels 97% of objects 8x faster than a human labeler – and at a fraction of the cost

Designed to be used with SVNet, ALT promises to usher in a new era for data labeling, leaving behind many of the drawbacks and risks of conventional manual data labeling solutions.

ALT takes advantage of the software’s deep learning-based embedded perception algorithms to allow vehicles to detect and recognize objects on the roads, such as other vehicles, lanes, pedestrians, animals, free space, traffic signs, and lights, even in harsh weather conditions or poor lighting.

Compared with competitors, SVNet is compact, requires dramatically less memory capacity to run, and consumes less electricity. It can also be customized for any hardware system thanks to StradVision’s patented and cutting-edge Deep Neural Network enabled software.

To achieve surround vision, SVNet’s camera and deep learning-based capabilities work seamlessly with other sensors such as LiDAR and RADAR to process collected road data with high speed and accuracy.

For Artificial Intelligence (AI) to be effective in object detection and recognition, the task of gathering and processing data is as important as developing the software.

A high level of human contribution also raises the risk of human error, particularly as ADAS data labeling is a repetitive but detail-oriented task.

StradVision, however, solves this problem for ADAS and autonomous vehicles with ALT and the patented deep-learning SVNet.

A game-changing solution from StradVision

StradVision’s ALT system connects the dots between data recorded by a vehicle and its AI software.

For each separate frame of image or video recorded by the vehicle’s ADAS, every object in the frame is labeled by ALT and sorted into three categories: objects (ex. vehicles, pedestrians, traffic lights, road signs, and other static objects), lanes (ex. lanes of traffic in the immediate surroundings) and segmentation (ex. road surface or free road space).

These labeled data points are in turn compiled into a knowledge bank of information as the vehicle’s AI system continues to learn.

Using SVNet as a template, ALT can drastically scale-up data labeling and AI optimization through 24/7 data processing with its Graphics Processing Unit (GPU).

Once ALT is deployed, it automatically annotates and labels 97% of objects at eight times the speed of a human being and at a fraction of the cost – removing the need for a large team to spend hundreds of hours correcting objects identified by a vehicle’s AI system.

Where human intervention is required, a small team of experts can make adjustments to guarantee data quality and reduce any potential incidents.

Augmenting the AI capabilities of Tier 1 and OEM partners’ offerings

StradVision is pleased to offer ALT to its automotive Tier 1 and OEM partners, so they can fully utilize SVNet in-house with their own data.

Automakers can use ALT with SVNet to expedite the development and deployment of their ADAS and autonomous vehicles economically, swiftly, and securely.