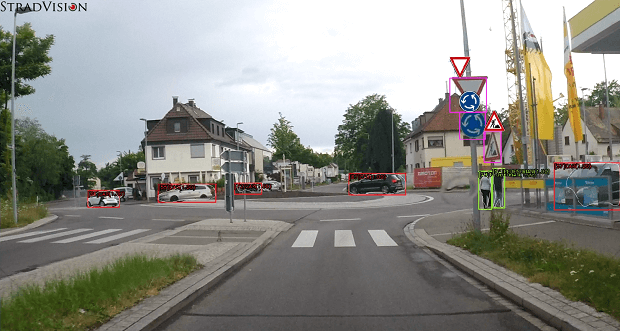 First Vehicles on the Road by Late 2020

StradVision has partnered with a leading European OEM and a Korean Tier 1 supplier on a front-camera project that will be a key component of ADAS systems in vehicles that will begin hitting the roadways by late 2020.

Development on the project is scheduled to be completed by early 2020. The project will be centered around StradVision’s deep learning-based SVNet External vision processing software.

StradVision CEO Junhwan Kim said this project is an exciting development, and further proof of StradVision’s growth in the emerging Autonomous Vehicle market.

“StradVision’s SVNet software will be at the core of millions of Autonomous Vehicles around the world in the years to come, and this partnership is an important step in this process,” Kim said. “We appreciate that our continued dedication to achieving the highest standards and maximizing the quality of our software has been recognized by a leading global OEM.”

StradVision’s deep-learning expertise is a key reason for its growth, as the company’s  algorithms lead the way in object detection (OD) and free space detection (FSD).

By 2021, StradVision will have nearly 7 million vehicles on the world’s roadways using SVNet, which is already compliant with strict standards such as Euro NCAP and Guobiao (GB) in China.