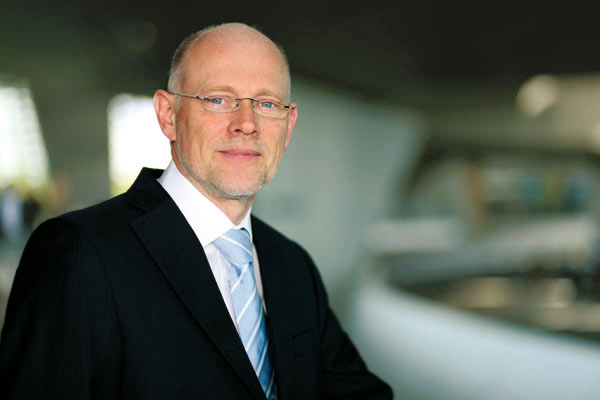 StradVision has announced the appointment of a new General Manager for their office in Munich. The South Korean firm – the industry leader in AI-based perception software for Advanced Driver Assistance Systems (ADAS) and Autonomous Vehicles (AV) – recruited Andreas vom Felde, Ph.D., as their European GM. The new role will help strengthen the presence of StradVision in the EU marketplace.

A New Era of Business Growth

The Munich office, opened 3 months ago, will serve as a base of operations for Dr. vom Felde to oversee a larger scope of business development and growth for StradVision. He will manage staff – dispatched from HQ or contracted via local hire initiatives – and work closely on the multiple production projects currently in development. With Dr. vom Felde on board, StradVision aims to expand its pipeline of European ADAS & AV projects from level 2 to 4, taking its fleet of vehicles past the 9 million mark.

When the Munich office – which will act as a regional EU office – was announced in March, vom Felde expressed his excitement at the burgeoning opportunity it presents:  “We will aggressively expand our footprint in the entire EU, as there are multiple production projects incoming in the near future, and this local presence will provide those projects with the much needed on-site support. Our primary goal is to bring the most reliable and safe ADAS & AV solutions to Europe in the most economic and accessible fashion, and our new German office will help us achieve that.”

Andreas vom Felde has collaborated with StradVision since 2017. His company, Cross Border Technologies, is a private limited enterprise that helps European companies sell high tech products to Japanese and Asian markets and vice versa.Since 2011, Cross Border Technologies has amassed a huge network of European, Japanese, and Asian multinationals to simultaneously facilitate the entry of high-end Japanese and Asian tech into European industries.

A Seasoned Veteran in the EU and Asian Markets

Andreas vom Felde with his experience and background is a valuable addition to StradVision’s management team and a highly qualified executive to assume the role of StradVision’s European General Manager – he’s previously held positions at AT&T Bell Laboratories, IBM, Siemens, Infineon, and Qimonda. He holds a bachelor’s degree in Physics from Ruhr University Bochum, a master’s degree, and a Ph.D. in Physics from Technical University Karlsruhe. He has a deep understanding of and appreciation for Asian culture, having worked in Japan for four years.