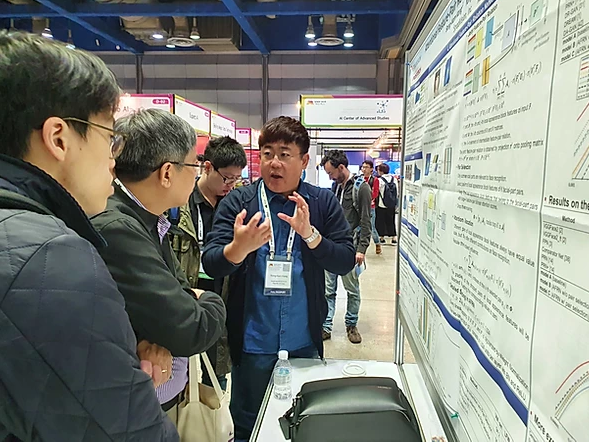 StradVision, an innovator in vision processing technology for Autonomous Vehicles with expertise in deep learning, has announced that its algorithm engineer, Dr. Bong-Nam Kang, will present his latest findings on facial recognition in AVs at the International Conference on Computer Vision (ICCV) — which began Oct. 27, 2019, and continues through Nov. 2, 2019, in Seoul.

ICCV is among the most prestigious international computer vision events, targeted at students, academics and industry researchers. It features the main conference as well as several co-located workshops and tutorials.

Kang will present his research on StradVision’s Attentional Feature-Pair Relation Networks for Accurate Face Recognition. Kang was chosen to present after more than 4,000 papers were submitted to event organizers in 2019.

Kang’s research centers on a facial recognition algorithm that detects unique features to better identify specific people. Even when a vehicle is turned off, cameras can still monitor surroundings, then unlock doors and turn on the ignition when they see the vehicle’s owner is approaching.

“Dr. Kang’s research into facial recognition is groundbreaking and will prove critical for the future success of Autonomous Vehicles,” said Junhwan Kim, CEO of StradVision. “Our StradVision team was excited to learn that he will be presenting his latest findings at ICCV, and we look forward to StradVision leading the advancement of camera technology in AVs.”

Accurate face recognition is often complicated because it must consider factors including pose, expression, and illumination. StradVision’s method, called the Attentional Feature-pair Relation Network (AFRN), boosts face identification accuracy by prioritizing distinguishable areas like the eyes, nose, and mouth. The technology can be embedded in small and affordable hardware.

Kang earned his Ph.D. from Pohang University of Science and Technology in South Korea, with a focus on deep learning and face recognition. Earlier in 2019, Kang was awarded the Best Paper Award at CVPR 2019 for his work on “Hierarchical Feature-Pair Relation Networks for Face Recognition”.

“I’m looking forward to appearing at ICCV to explain what this groundbreaking technology will mean for the future of Autonomous Vehicles,” Kang said.

SVNet is designed to function properly even in poor lighting or weather conditions, and SVNet’s network is smaller, more powerful and more compatible than other players in the perception software market.

StradVision’s Deep Neural Network is the only network available that meets the accuracy and computational requirements for commercial use on lean automotive embedded hardware.

With multiple projects ongoing in China and Europe, StradVision will have millions of vehicles on the roadways using its software for autonomous and ADAS systems by 2021 — including SUVs, sedans, and buses. StradVision’s deep-learning expertise is the foundation for its leadership in Object Detection (OD) and Free Space Detection (FSD).